Northcote Birkenhead has made its mark on the rugby world. Not only has it produced distinguished All Blacks, Auckland and North Harbour representatives, it was the first club in New Zealand to embrace team sponsorship and at one stage laid claim to being the largest rugby club in the world. The personalities and happening that have allowed the club to stand tall as it approaches 100 years were recorded in the 75th Jubilee book produced by Bob Howitt and now republished and extend here.

It was on the 3rd April 1929 that Bob Brown set up the inaugural meeting of the Northcote and Birkenhead Rugby Club from which the names of 55 intending players were submitted to the Auckland Rugby Union.

Competitive rugby had actually been played in Northcote up to 1908 but following a dispute with the Auckland Rugby Union over grading most of the players transferred to league and the organisation was wound up.

One individual who remained faithful to rugby was A.W. 'Drew' Miller. From 1929, when the existing club was formed, he provided invaluable service, initially as a committeeman and then as a coach and delegate to the union.

Bob Brown had begun casting around in 1928, the year that the All Blacks first toured South Africa, for support to create a club in the Northcote district. As a young man, he had played rugby in England and was extremely interested in the game. His massive contribution to Northcote rugby in those early days earned him the title 'Father of the Club'.

Coach Jack Flecther and his 1929 originals who fashioned an outstanding record of 12 wins, four draws and one loss. 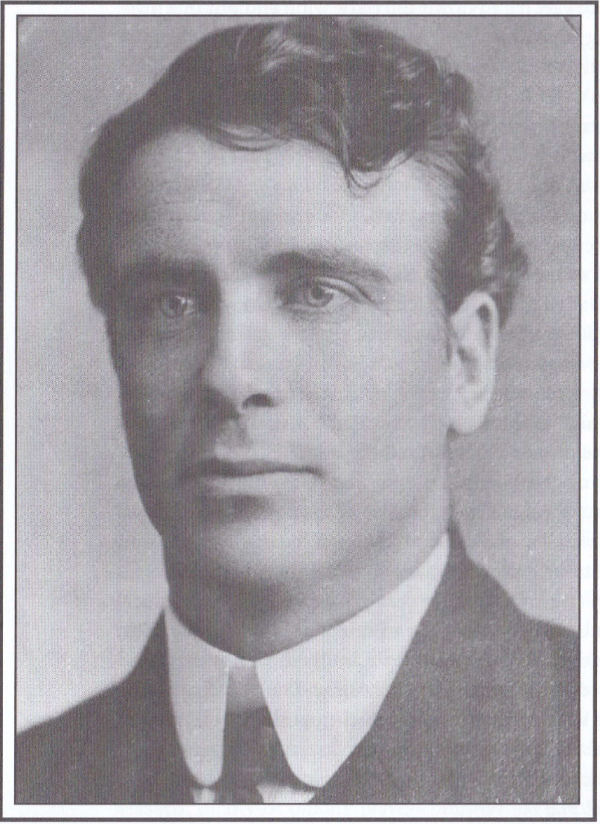 Father of the club

In 1931, Bob Brown was elected president, continuing in that role until 1933 when Jack Lethbridge took over.

Bob Brown, to whom Northcote owes so much for his endeavors in helping establish the club, was tragically drowned in march 1934 in a vain attempt to rescue his younger son who had got into difficulties at Orewa. The club recognised his massive contributions by electing his widow a life member at that year's annual meeting.

A championship success by the seventh grade team of 1930, coached by Alec Grant, brought early recognition to club. Club fees were five shillings for seniors down to one shilling for the juniors. Footballs were £1 1s and jerseys were 5s 1d each.

Read about Northcote in the 1930's 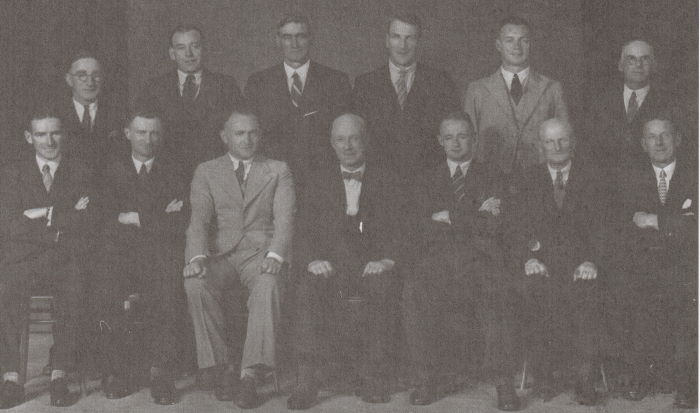 The 1945 colts team that won the championship.

The first five years of this decade were greatly affected by the loss of members to the armed forces. The club was steered through this period by president Jim Lethbridge, secretary Albie Nicholson and treasurer Alex McLeod.

Read about Northcote in the 1940's

The facilities at the training shed had long been regarded as inadequate, and as the building fund grew plans for a two storey frontage were formulated.

Read more about Northcote in the 1950s 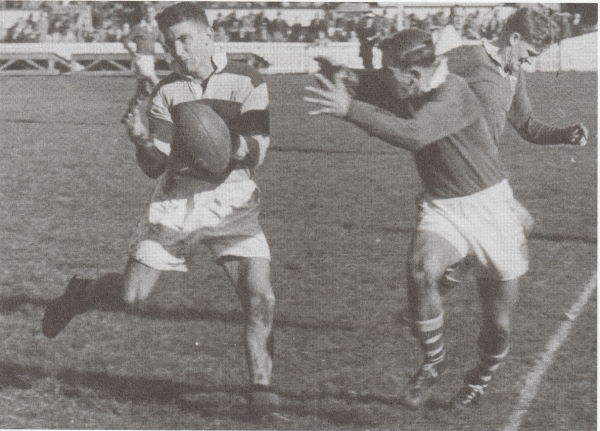 In his 17 seasons of senior rugby Bruce Robertson appeared in every position for Northcote except fullback. 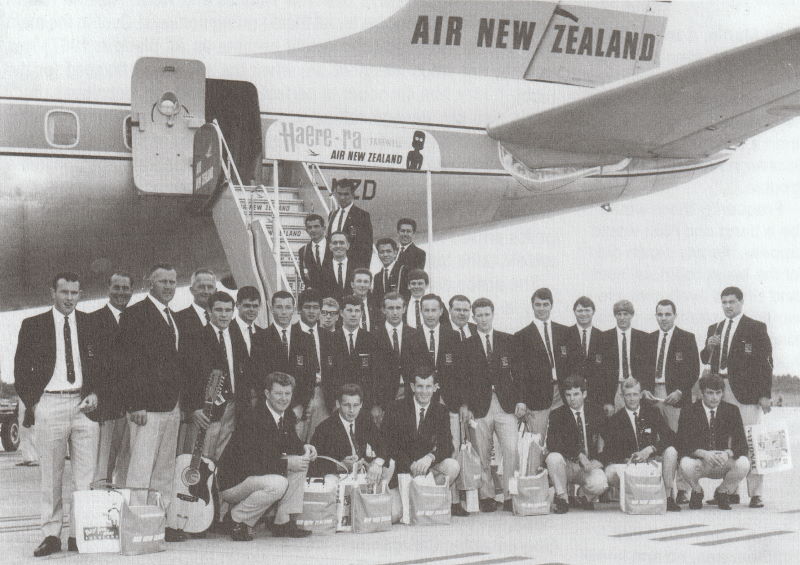 Northcote created history in 1969 by becoming the first rugby club to travel outside New Zealand.

During 1961 the club's most celebrated player, 'Snow' "White, made his 200th first-class appearance, being a regular in the front row of Fred Allen's crack Ranfurly Shield-holding Auckland team.

Read more about Northcote in the 1960's

A combined ball with the league club was held in 1970 for the second and last time. Fundraising was commenced to­ wards a club trip to Australia in March 1971.

Read more about Northcote in the 1970's 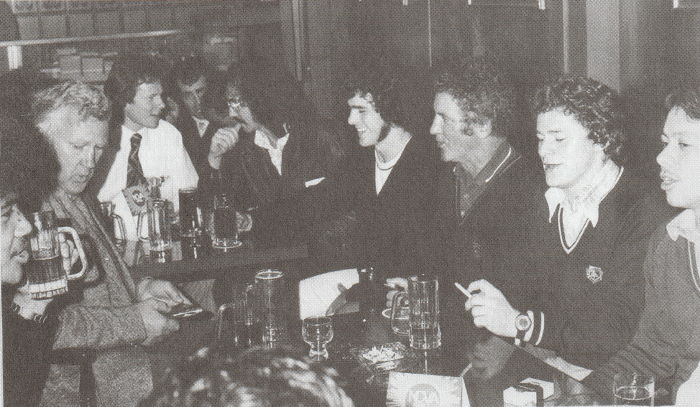 Plenty of rugby being discussed at an Emerging Players night. 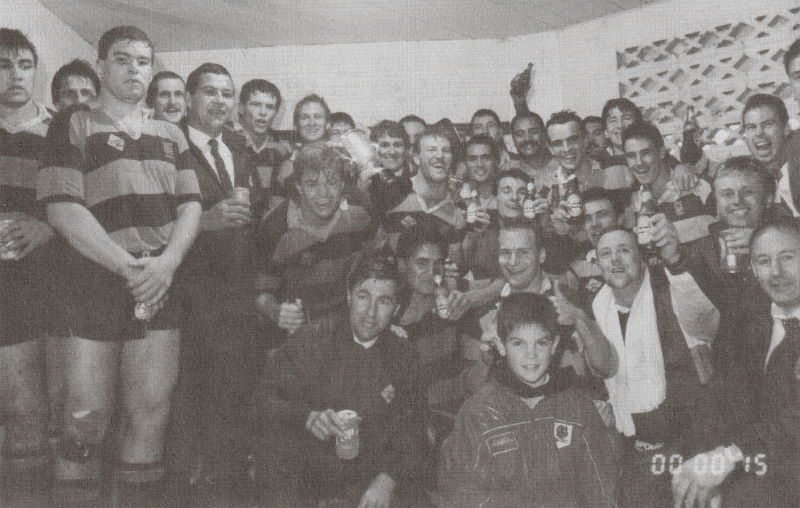 Read more about Northcote in the 1980's

Richard Turner and Ron Williams were current All Blacks with Richard Kapa a legend in the Maori All Blacks and another championship win to start the decade.

Read about Northcote in the 1990's 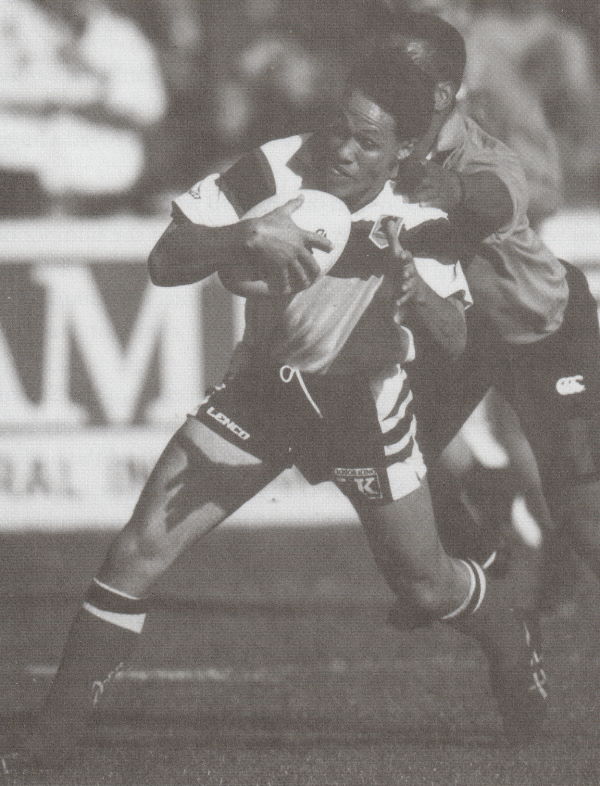 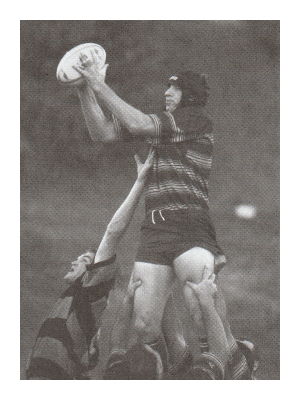 It's got to be a good year when the North Harbour union awards yo u the Club of the Year Trophy, but that was Northcote in 2000. Gerard van Tilborg's acumen as finance director working closely with club manager, Peter Page, helped increase the  club's finances by 25 per cent.

Read more about Northcote in the 2000's 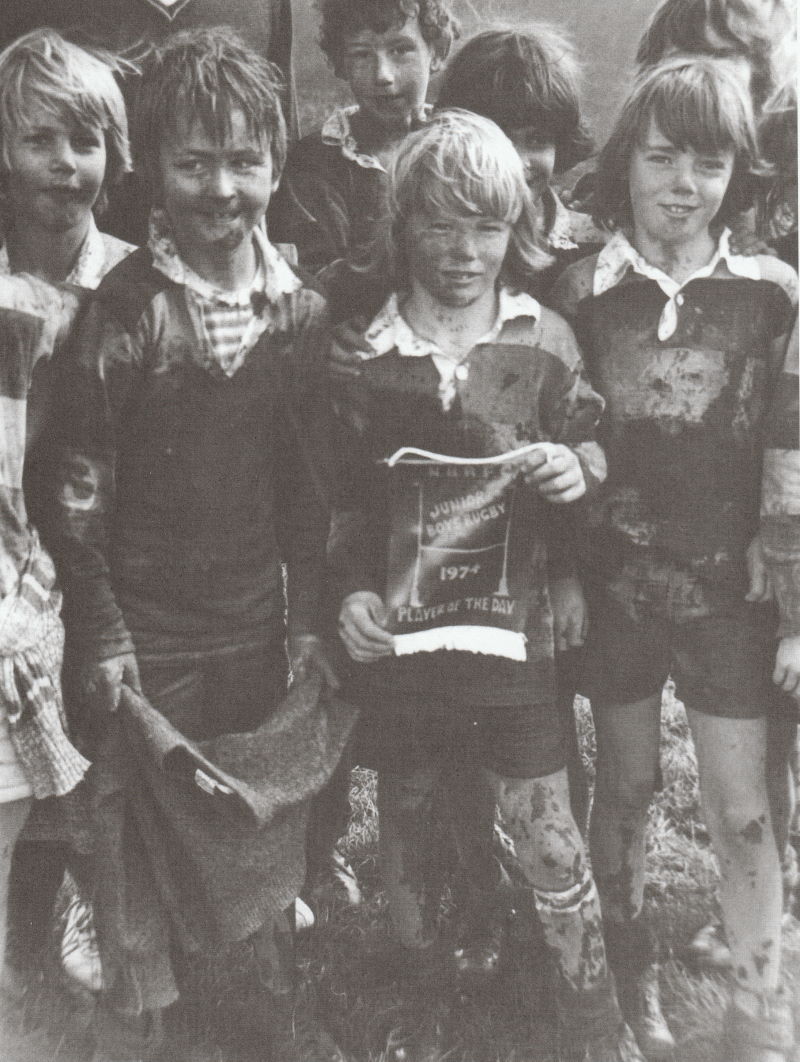