The Ron Williams J5 and U9 Restricted Invitational Tournament is held annually in June as an opportunity for J5 teams from North Harbour and U9 teams from Auckland to compete in a mid-season festival of rugby. Congratulations to all teams who took part

The games were full of fun, good sportsmanship and a showcase of skills. 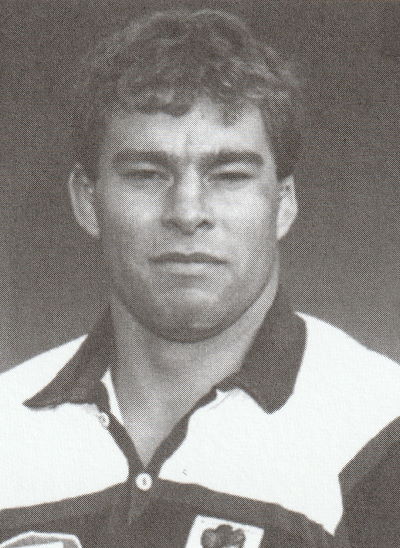 The tournament is held to honour All Black, and Northcote and North Harbour great, Ron Williams.

Ron was a loosehead prop specialist who became a stalwart member of the North Harbour side after it was established in 1985. When Ron retired at the end of the 1994 season, he had amassed 145 games for Harbour, which is a record tally he now shares with Walter Little. Although the bulk of his representative rugby was with Harbour, Ron started playing with Northcote while it was still under the Auckland union.

The format is for round-robin pools, followed by semis and a final, with an overall champion being crowned. The tournament will conclude with a prizegiving, including food provided for all players and the bar open for supporters.  The goal is to encourage hard and fair play which is enjoyable for all teams. This is not a rep tournament. Teams entered are to be standard Saturday junior rugby club teams rather than selected representative or A teams.

How it all came about

Back in 2010 Matt Taylor coached a very good Northcote Junior boys team and I coached a very good Grammar Juniors team – both of us had sons playing in the teams. We spoke often about how good our teams where and Matt thought it would be a good idea to play a game to settle things once and for all (…. back then Matt thought he was a future All Black coach)

After much deliberation Matt came up with the idea of have a tournament combining the top North Harbour teams and the top City side teams.

We decided the best place to have the tournament was at Harvey Wright grounds and for Northcote to host it.

Matt got to work and managed to get 4 or 5 other Harbour clubs onboard and I did the same with Ponies, Varsity, College Rifles and Grammar Juniors.

We didn’t have many ideas for a tournament name and it was finally Matt's idea to call it the Ron Williams tournament - I thought he was joking until I saw the flyer he had created to send out for the event.

Needless to say, the tournament was a great success and ran very well - all the players, parents, coaches and supporters loved attending. It was well organised, we had good refs, the rugby was played to a high standard and we had a very good prizegiving in the clubrooms.

Matt stacked his team (as I expected ) and Northcote ended up winning the tournament with Grammar Juniors coming a close second - we still talk about it today!

All jokes aside the success of the tournament is evidenced by the amount of teams that still want to play in the tournament and it’s a real testament to the strength of the Northcote Juniors movement that this tournament has endured and teams from around North Harbour and the city side still see it as one of the highlights of their season.

I still keep in touch with many of the boys in that first Grammar Juniors team (now 22 yrs old) via my son Oscar and they still talk about that day they played at Harvey Wright.

Hats off to Matt Taylor for starting the tournament and a big salute to the great team at Northcote Rugby for carrying on with it for all these years!