No leaderboard. No recorded scores. No trophies. No grief.

The event is a pre-season run for girl's rippa teams so that they can play together in a real game before the start of the season. Try some skills, try some plays, try some players, practice some chants and have a go!

Thanks to every parent, coach, manager and especially every rip rugby girl for turning up and making this a great day.
We look forward to doing this again in 2022. 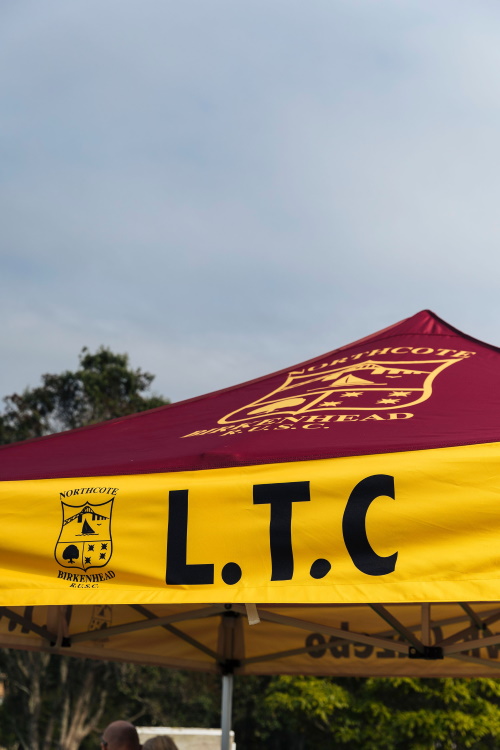 Each game is 25 minutes long and includes a minute or two to swap sides and have a quick team talk. Each team will get three games with a 30-minute rest between each game. (* subject to registration numbers)

Depending on what weather app you check it seems it will be cloudy and showers appearing in the afternoon. Let's hope that is how it plays out. If it does turn terrible we will look to cut the morning short.

Though I am really keen, we will probably not set up the water slide if the forecast is deteriorating.

Let's hope we can have a rain-free morning and I will see everyone there.

Players do not need to be officially registered. Girls that just want to 'try out rippa' are also welcome. You are welcome to have ring ins on the day and borrow players as long as you keep the spirit of the day in mind.

This is just as much a pre-season tournament for the refs as it is for the players and coaches. Each team will be required to ref one half of each game they play. This is a good chance to talk to other referee's in the grade and learn off of each other. 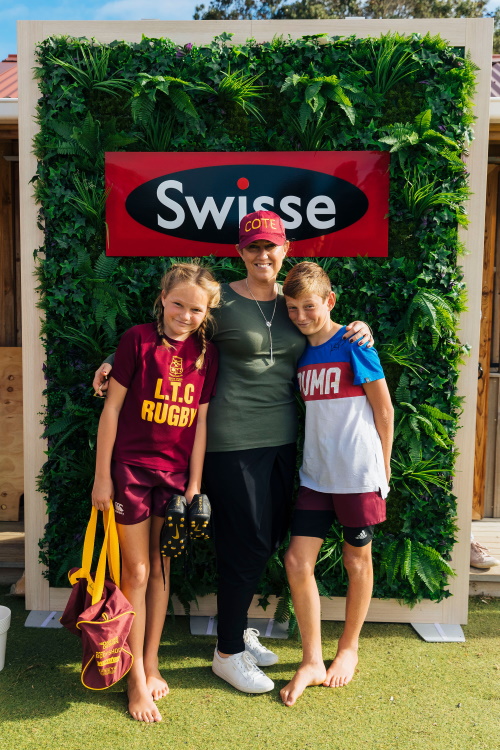 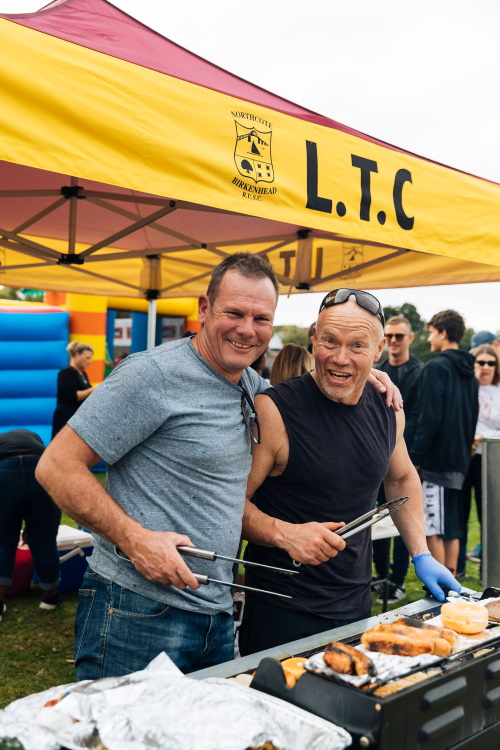 We will have our food hut with BBQ, hot chips, drinks and other items being served all morning.

This is being run by our 'Tour Team' raising money to take our older junior kids both tackle and rip on a rugby trip.

We will also have a coffee truck set up.

If you wish to bring a gazebo for the day you are welcome and we will help you find a spot.

There will be an information tent set up and all the fields will be marked out so you can find your fields easily. The draw will be posted at the bottom of this page so you know when your game times are.

And we have a Waterslide

A $2 donation is requested for each rider and coins can be eftpos'd at the BBQ tent. We suggest organising your coins earlier in the day rather than at the time.

Kids must be in bare feet, shorts and t-shirts and there is no standing, running or walking on the slide. Each team, we request a parent to be there to help ensure everyone gets a turn and monitors safety.

We will have some tackle shields that the kids can ride down on. These are great fun and they go a bit faster.

*The slide being set up will be subject to the weather and especially the wind.

When a call is completely wrong we expect no one to care. This is not a day for any aggressive play or preparation for championship-winning teams. Smiles and happiness between all are compulsory.
This tournament is about encouraging girls to play rippa and rip rugby.

How the day will run

Fields will be marked with a flag to help you find the right field. Please be organised and early for your games as the hooter does not allow you to make up for any late starts.

The hooter will sound for the start of your game. Then for half-time where we encourage you to have a quick talk with your team swap refs and get back to playing as quickly as you can. The hooter will not sound to start the second half and you will hear it again to indicate the end of the game.

U9's - Your fields are smaller than a full half field size. When it comes to your games you can walk the sideline into the 5-meter line from the posts and then back out for the older grades afterwards. Please don't move the centre field markers.

Spectators - All spectators should be based near the rugby posts for each field. No spectators or coaches in the middle of the field or along the try lines please.

Rules follow the Harbour Union rules for Rippa, (6 rips, no lineouts, no scrums) and Rip Rugby, (4 rips, lineouts and scrums). Our only major difference is the subbing rule, (see below).

As well to help with some further guidance we have some rule points for you to consider.

For U9 and U11 grades calling warnings and restarts for teams before penalties are expected. U13 and U15, they are big girls now and know the rules. They are just testing your boundaries. Typical teenagers.

Subs can be made at any stoppage of play such as a scrum, lineout, try.

You can also make subs when your team is awarded a penalty. Your team must indicate to the referee that you want to make subs at which point they will halt the game and allow them to be made. If this happens the opposition is also allowed to make subs.

Substitutions should be made quickly. It is expected the new players run onto the field of play while the players leaving also runoff. To help this quick transition, players coming on should know who they are subbing on for and thus be able to call them off as they run on.

Rippa/Rip Rugby is a non-contact sport and as such the attacking team's job is to avoid the defence. They need to avoid collisions as best they can. It is not allowed to run straight at opposition in an act to intimidate so that they to move out of the way. When trying to run through a gap between two defenders there should be a clear gap to fit through.

When the defence is lined up on the try line, attackers can not dive at the line for a try.

If there are no defenders in front or in a riping position of the attacker they can dive for a try.

If a ball is loose on the ground including over the try line, players can dive for it but the ref should quickly decide the winner. There should not be a fight on the ground for a loose ball.

When a scrum is set, both half-backs must be standing next to each other when the ball is put in.

The three scrummages must bind, hold onto the opposition, and are not allowed to break until the half-back clears the ball by passing or running.

The defence can not move forward until the half-back clears the ball by passing or running with it.

The lineout is contested. Knock-ons are enforced.

The defence can not move forward until the half-back clears the ball by either running or passing or a lineout jumper runs forward with the ball.

If one team is clearly dominating another team a good practice is to alter the number of rips a team has. For example, one team gets six rips while the other gets four. A talk between coaches at half time can decide on what will happen.

When a defender makes a rip they should hold it up, high above their head for at least one second for all to see. (especially the referee). They can then move towards the opposition to hand it back. If the opposition player moves away then it is fine for the defender to place the rip on the ground and get back into the game.

The rip should never be thrown in any direction. It also should not be thrown back at the attacker. They should also not try and place the rip back on the attacker. The rip is either placed straight down or handed back to the player.

Depending on the height and speed of the player, three steps can be quite different in distance. The most important thing is that the player decelerates to stop and attempts to make a pass straight away. Changing direction left or right is fine but the three steps still apply. The referee will do their best to call out overstepping but it is not their responsibility to pre warn. If a pass is made and the referee deems they have overstepped then the ball is handed over.

Thanks for inquiring about our tournament. We will respond soon.

Do you have some questions?

Fill out the form below and we will respond.