The first five years of this decade were greatly affected by the loss of members to the armed forces. The club was steered through this period by president Jim Lethbridge, secretary Albie Nicholson and treasurer Alex McLeod.

Records of the period have been lost but it is known that Jack Blake exerted a strong influence in the junior section of the club. Remarkably, the club took out six championships from 1940 to 1945, a record that has never been repeated in any five-year period since. The successful teams were: The training shed was made available to the Northcote Company of the Home Guard whose commander, was Capt Jack Lethbridge, and it became their headquarters. Jack's quartermaster was Sgt Alex McLeod. The training shed was used for class-type instructions and, of course, was the assem­bly point for all exercises.

With the end of the war there was a resurgence of interest and a desire to get things moving again within the club: three members of Eddie Taylor's third grade team of 1939 were hugely instrumental in achieving this. They were Chum and Don Arblaster and Vince Paltridge who, over the next 20 years or so, would have a major impact on the club's development. All three would become life members with Vince and Don serving as presidents of the club. 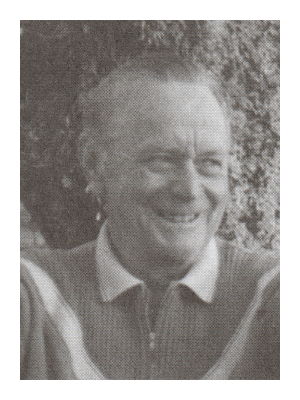 I joined the club in 1934 when I was eight. I was the youngest in that particularly junior boys team. In the forties when we played at Stafford Park the teams that played first had to mark out the ground and put up the goalposts...

The training shed, while functional, offered little in the way of player comforts. Plans were discussed to improve the facilities but, as always, money was required to make it hap­ pen. Back in the 1940s, Northcote Birkenhead was not an incorporated body so the club's borrowing power was seri­ously limited, with individual members of each committee and office bearers legally responsible for the amounts incurred in the club's name!

Successful champion baby competitions were staged to help boost the building fund. For these contests babies were 'bor­rowed' with groups of people collecting money to support their particular baby. Each penny represented a vote and keen rivalry developed among the baby supporters to advance the claim of their bonny wee entrant. It is not recorded whether any current members of the club were ever voted champion baby but it can be taken for granted no future front rowers ever featured!

With the returns from raffles and sundry other fundraising activities a modest fund was established for building improve­ments, an early acquisition being a drip-feed boiler from war surplus equipment. This was installed to provide much-needed hot water for showers.

It was a tricky and temperamental piece of gear and be­ came the responsibility of Allan Martin, one of the club's memorable characters of the era, whose job it was to fire it up and ensure it kept running. It served its purpose for almost two decades, eventually being replaced with a furnace in 1965.

One of the most prestigious  prizes in Auckland  rugby was the Bert Palmer Trophy, awarded for overall excellence in the junior boys grades (based on loyalty, punctuality, adherence to the rules and team spirit), and so there was great delight when Northcote's colts team was awarded the trophy after playing the final against Suburbs on Eden Park in 1945.

Intriguingly, three of that team went on to become jock­eys: Vern Simpson, Graham Reddaway and Dave Kerr, who later became a prominent trainer in the South Island,

Two championships were taken out in 1947, by the third grade intermediate team and the junior boys junior section team. It would be 20 years before another championship suc­cess was achieved by the club. Also in 1947 Duncan Taylor was appointed Northcote Birkenhead's delegate to the ARU, succeeding Jack Lethbridge, two years after Alex McLeod had been made president.

In 1948, a promising 20-year-old from Kawakawa joined the club. His name was Hallard Leo White but most people knew him as 'Snow'. He would play for Auckland within a year and, in 1953, became the club's first All Black. Amaz­ingly durable, 'Snow' White went on to make an astonishing 196 appearances for Auckland over 15 seasons, a record that has never been eclipsed and probably never will be.

Senior A status was first achieved by Northcote Birkenhead in 1947. It would retain that status until midway through the 1960s when changes to the competition format would see the club relegated.

By the late 1940s the club members who had fought in World War II and survived were all back and participating in club activities. The club has since been represented at  both the Northcote and Birkenhead Anzac Day commemorations. One of the survivors, who played with distinction for the famous Kiwi Army team (appearing in 18 matches including the international against France) became Northcote's first All Black in 1949. He was Ron Dobson who played at second­ five in the first test against the Wallabies at Athletic Park.

Although  he did not represent his country again, he went on to coach Northcote, Christchurch and Glenfield.

Prior to 1949, Dobson had played all his rugby for the Ponsonby club, but he was offered a house if he would trans­fer to Northcote, which he did. Did that make him New Zealand's first professional rugby player? He continued to play for Northcote until 1952. 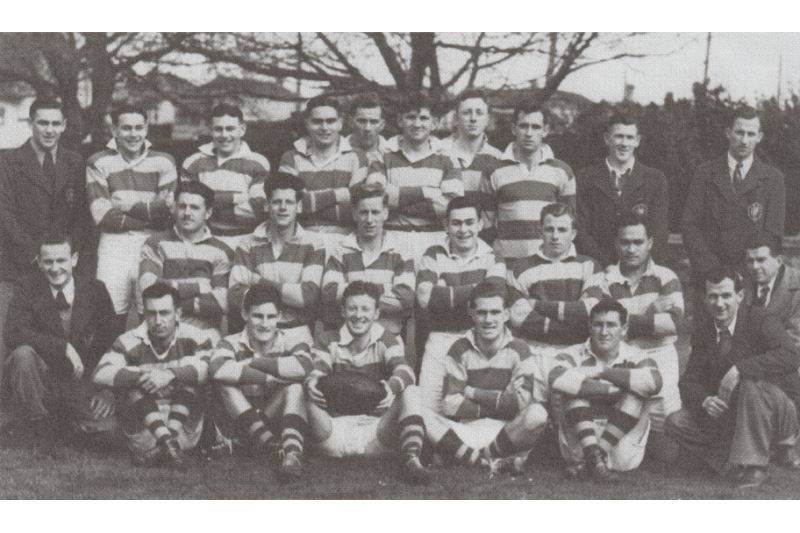