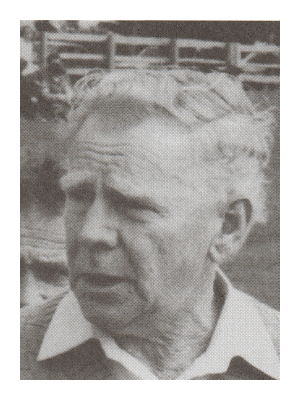 A World War 11 New Zealand Army lieutenant, Bob Evans coached Northcote grade teams from the late 1960s. In 1972, his side was bolstered by an influx of secondary school leavers such as John Wildermoth, John Mayhew, Wally Farrow, Peter Dick plus the return of goalkicking star Peri Campbell.

The team won the ARU's sixth grade knockout competition at the completion of the championship round, a sign of things to come.

In 1973, the team to beat in the fifth grade was Takapuna Blue. Northcote held them to a draw in the championship round and continued on its winning way while Takapuna registered another draw.

The final game of the season was against North Shore at Orakei. A huge crowd of Northcote supporters saw the club claim its first grade championship title in many years. Northcote quickly took control and won by more than 20 points. The team fielded seven Auckland grade representatives: Peri Campbell, Graeme Erceg, Jon Evans, Wally Farrow, John Mayhew, Pat O'Connell and John Simpson plus an Auckland secondary schools rep, Gary Bancroft. The manager was Roy Stephen. Hanging in the clubrooms is a large painting donated by the team. It features 'Snow' White playing for the All Blacks against England in 1953.

The donation was in appreciation of the support 'Snow' had given the team over a number of years.

Although few of the team were aware of Bob's army career, it came through in his no-nonsense approach, his organisation and leadership skills, fierce loyalty to his players and the detailed reconnaissance trips to study opposition teams. Knowing your enemy was a key to the Evans battle plan. Sadly, Bob passed away during 2004 but is fondly remembered by all those he coached.

In 1974, the team jumped to the third grade (with Terry Solomon and Glyn Parry coaching the fourths). The side had lost players, had no new blood and struggled early before stringing wins together later on.

Off the field, Bob organised a fundraising campaign of weekly raffles and working bees that paid for a 10-day Christmas trip to Sydney, Brisbane and Surfers Paradise.

In 1975, Bob teamed up as manager to new coach John Rusk. The team had an influx of school leavers such as Ken Parry, Gary Bancroft and Aiden Coleman and picked up Steve Vaotuua from the fourth grade. Others, such as Martin Smith, Pat O'Connell, Ron Michel and Philip Hoskin, who had played together since the 15th grade, were still there. 'Rusky' trained the players like a senior team and with talent to burn, the results followed. University was the bogey team, beating Northcote in both competition rounds, but at the conclusion of the championship Northcote and University were tied and a play-off was necessary.

University won the match with a late try.