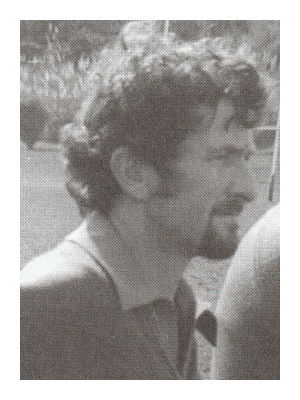 When the 11th grade Maroon team took out the championship in 1967, it was the club's first title success in 20 years. And the man who made it possible, as coach, was Glyn Parry, father of club centurion and Auckland and Counties prop, Ken.

The final was staged at Victoria Park against a formidable Suburbs side and although Northcote won only 8-3, it was in control throughout. The boys celebrated with a pie and a bottle of Fanta each.

Like all Northcote teams, the 11th grade Maroon side was built on a strong forward pack but the ball was spun wide and the two wingers, Michael Barnfield and Ron Michel, scored 20 tries apiece that season. Included in the side were future senior players Rusty Malcolm, Philip Hoskin and Pat O'Connell.

Glyn had largely kept the same players together since the 15th grade and in the previous season, 1966, the team had won the 12th grade plate competition. The side of '67 was captained by No 8 Mark Williams, a role he fulfilled from the 15th grade right through to his final year with the club as a third-grader in 1974.

Glyn ferried the entire team around Auckland on the back of his milk truck, both on training nights and Saturdays. There were also the occasional Saturday night team-building trips to the Waiwera hot pools on the truck. No one seemed to mind the mid-winter cold.

The team often joined the seniors and other teams on Sunday club trips to traditional games at places like Waipu and Matamata. A group was often taken to Eden Park to watch Auckland play.

From 1968, many of Glyn's boys were at secondary school and played for the club only during the holidays, as a consequence of which his teams began to struggle.

In 1971, Glyn took a break from coaching to concentrate on business, returning to the fold to coach a second fifth grade side in 1973. The following year he teamed up with Terry Solomon to take a fourth grade team. This side included Steve Vaotuua, who went on to represent New Zealand Juniors as a flanker.

The team played the final on Eden Park No 1 against North Shore. Shore ran out the winner, its two tries being scored by Gary Cunningham, who later became an All Black.