The 2016 season was always going to be about change and challenges – moving from 10 a-side rugby in the prior season to the 15 a-side game and full-field rugby.  The team responded positively to the increase from 13 to 24 players, forming some new friendships in the process.  The big shock was playing whole field rugby – all that space!  This is quite a step up in terms of fitness and positional play for everyone to grasp.  But, as the season has progressed everyone has adapted well and some real rugby has emerged – strong running with great support play on defence and attack.

The players have embraced training, getting stuck into learning key skills required not only in their roles but also as a team.  Some have discovered a preference for positions new to them and hidden skills have emerged. It’s great to see the players develop talents over the season and really start to put them into practice.  All in all J4 Black has had a successful season and played some great rugby.

The team has been a pleasure to coach and their conduct is a true reflection of our team spirit and pride in the Cote.  Great friendships have been formed between players and parents – I’m sure these will endure in their continued journey with the Cote.  Thanks to the parents, friends, family and whanau who turn out to support every week – rugby is alive and well at the Cote! 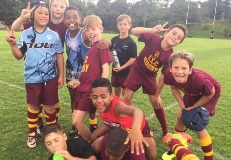 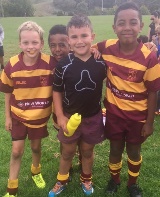 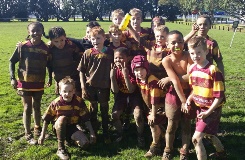