Well, 2018 could be described as one of dealing with adversity. With only 16 players for the first game, we were again wondering how the team would go?  We managed to recruit a couple of players that took our stocks to 18, however, most of our games during the season were played with anywhere between 14 – 18 players. A huge thank you to those other teams in the club who assisted us with players during the season. It typifies the Cote club spirit. Despite this, the team once again developed into a cohesive unit playing some spectacular rugby along the way.

We are very proud of this team. The players’ attitude towards training, development and the game itself is commendable. Given our numbers, we had to rely on fitness and structure. The mental toughness this team developed during the year was amazing. Two games stand out against Silverdale and Bays where the team was down with 15 minutes to go. They dug deep and managed to overrun these teams with fitness and a never give up attitude. There were no ‘I’ attitudes and no one player saw themselves as better than the team. They played for each other and their team structure has been commented on favourably by supporters and opposing coaches throughout the year.

They became a very competitive team who wore the Cote jersey with pride. This was shown through their results only dropping 2 games all season. To the year eights who leave us next year for college good luck for the future, NGU and thank you for your outstanding contribution to this team.

A big thank you to our ref Eugene, a totally committed ref who often blew the whistle for our games on his week off when the opposition team could not provide one.

To the many supporters/parents, who committed to J2 Gold, rain or shine supporting the team and their boys. THANK YOU! It makes us mighty proud to be involved in such a committed rugby team … Go the Cote! 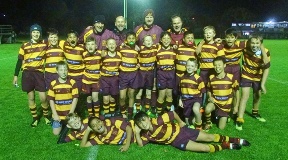 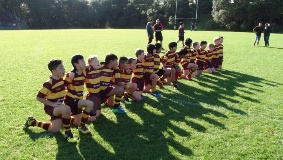