With a fair few of 2017’s J4 players staying in that grade, the makeup of the team was quite different. New players bring new skills, new team dynamics, and importantly, new friendships. A large squad of 22 players was at times a bit of a logistical nightmare, and resulted in a bit of shuffling around, but our players took it on the chin and supported their teammates from the sidelines until the time came for them to take their opportunity.

J3 Maroon are very fortunate to have Pani on board, and his coaching experience shone through right from the start. A “back to basics” approach and concentration on core skills for this season has resulted in some huge development in our players. One key area this season was the work at the breakdown and cleaning out rucks. As the season progressed, we reaped the rewards of all the hard work, and our team’s ability to blow their opponents off the ball proved the difference, particularly in our final few games. We witnessed some fantastic games and stunning tries, highlighted by the final game of the season which resulted in a resounding victory over a massive Massey side.

On behalf of the J3 Maroon players, we would like to take this opportunity to thank Pani for his amazing coaching/teaching, Vicki for all her hard work as our awesome manager, and of course all of our parents, family members and friends who supported us throughout the year. 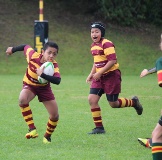 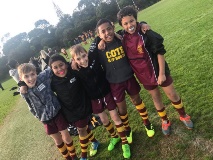 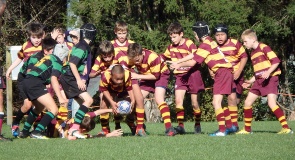 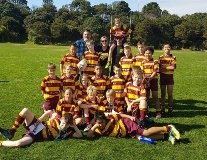