Again, pre-season started early with running through the bush at Little Shoal Bay and the wind sprints on the stairs.

Training then progressed to Stafford with the hill and unfortunately the mud!  In the end, we had to find a space at Harvey Wright.  Thank you to everyone for accommodating us, as the “Grounds Closed sign” became impossible at the motorway field.

The team was always light on numbers throughout the season so most players experienced 14 full games of rugby and in J4 that means full field.  The squad transitioned early to the extra space and scored many tries both in the backs and forward play - winning ten games.

The boys enjoyed a real comradery and an excellent work ethic both at training and during the game.  The skill level and understanding, of what is a very complex game, also improved during the season.  The coaching team and management certainly enjoyed this highly successful team and were proud when a good number of this squad who were also selected for the Rep Team.

Rep Rugby is a step up again, with both J4 teams coming together, it made for some exciting games.  I know parents and staff alike wish to congratulate the Gold players for their excellent season and thank all the parent supporters for the culture developed on the sideline.  It has been a pleasure to coach the squad. 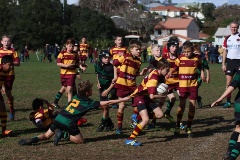 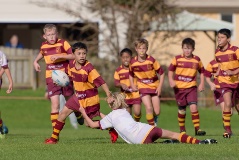 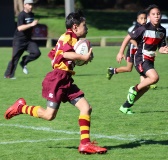 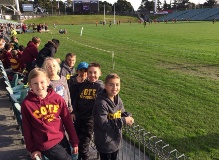