J4 Maroon Started the year with a good core of players returning from 2017. We were joined by a few new players, some new to the club, and some new to rugby. We also had a handful of players play J4 for a second time.

These second time J4 Players quickly formed our leadership team. They lead the way in training sessions and the games. This brought confidence to the rest of the team.

The Boys got the season off to a great start with back to back wins. This was followed by some tough games against some good opposition.

We represented the club at the Yeah Right Tournament. It was a great day at Harvey Wright. The boys put on a great performance only to be pipped at the post in the last play of the game. If only Dan had blown the hooter 1 minute earlier!!

This Year was the first year of Rep Rugby. The Boys selected from both Maroon and Gold teams played two tough games and represented the Northcote jersey with great Cote Commitment!!

We finished the year with a great group of boys who played with a team spirit. It didn’t matter if they were winning or losing they played with the same enthusiasm.

We hope to see all the boys back next year for another great season! 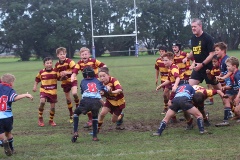 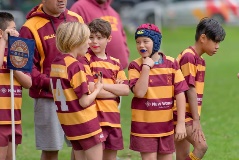 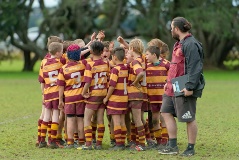