This year J5 Black were relatively young overall.  We took time to get started each game but we always became competitive in the second half, keeping the opposition on their toes until the very end.

This proved true with our best game of the year.  We allowed two quick tries to our Massey opposition but ended the first half at 2-2.  We started the second half with two more tries, leaving a Massey side to realise they need to pull their socks up a lot higher.  They did and brought the score to 4-4.  We were all extremely proud and watching the clock, hoping to hold on to a much-deserved draw.  Yet, that was not to be.  Instead, with the last play of the game, we took possession and constructed a long-range try to win the game.  Awesome!

Next, we had the glory of playing at QBE stadium against a Marist side for North Harbour’s first game.  It was an exciting night.  Warming up on the back fields, lining up in the tunnel and running out to the cheer of the crowd.  We let in three quick tries but then rallied and punished the Marist attack to keep them scoreless for the rest of the match.

I may have been a bit slow to get the team to the pinnacle of awesome but we would never have succeeded if it wasn’t for the help of the team parents.  Lyle for his coaching and side-line management, James for the brilliant reff’ing and each of the parents pitching in to help where needed. 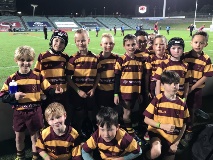 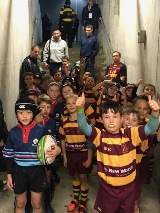 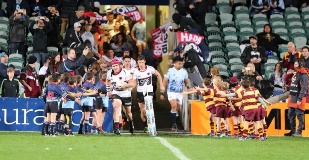 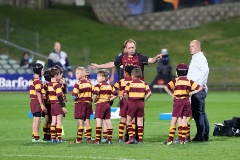 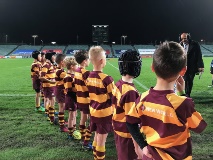