The end of the season has come around quickly. Everyone; team, coaches, and parents were very much looking forward to the first year of tackle. A large squad of 15 meant training nights were eventful and game day required a subs controller to manage sideline traffic.

With an early-season wakeup call against a group of second-year tacklers, the team found out the hard way that they needed to front up and work together to be successful in the tackle.

We have individuals with skill and pace that regularly tore through teams on the attack, and others with natural tackling ability to mow down anything that moved. We also had players that developed every week, ran with heart, supported their teammates, and tackled when they got their chance to shine. This made up a team that played incredible rugby, scoring some great team tries and showing the start of a defensive line that put fear into the opposition.

If success is measured by the smiles on the faces of the team and supporters on Saturday mornings, then 2018 has been a huge success! The results are also something for the team to be proud of with 14 games, 12 wins, 1 draw, 1 loss. 165 tries for, 60 tries against.

Thank you to everyone involved with this group; coaches, management, referee, helpers, parents and supporters. And most importantly, congratulations to the team for what they’ve achieved this year! 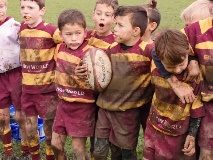 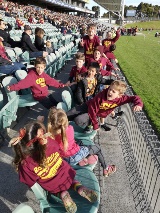 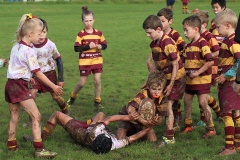 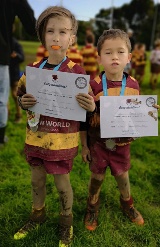 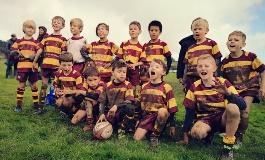