Defence wins rippa games, so why overcomplicate things! My ambitions for the year were to concentrate on ripping, support, both on attack and defence and getting back on-side. Every training this year, this is what the team worked hard on. Throw in some passing skills & lining up and we have the basics of rippa covered.

The kids trained hard and soon had an understanding of how we were going to play the game. Every Saturday morning we would release ‘The Wolfpack’ and wow, from game 1 the team just got it! Every game we affected multiple 6-rip turnovers, with the kids working so hard on defence even I was surprised! On attack, our support play was unbelievable, we always had someone to pass too if we were ripped. The team’s willingness to work hard for each other always shone through and our results speak for themselves, 12 wins, 0 loses, 0 draws, 1 bye & 1 default from East Coast Bays.

A brilliant season, with the kids learning heaps, playing hard, displaying brilliant sportsmanship, but most importantly having heaps of fun along the way!

Massive thanks to Ian for a brilliant job managing the team, Baz, for your time at training and the effort you put into refereeing on Saturday. Thanks to the parents, who showed great commitment and great tolerance of what it was that we were trying to achieve.

My biggest thanks goes to the kids, whose efforts, attitude and team spirit throughout the year have been second to none. J7 cannot come soon enough! 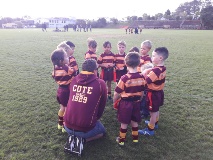 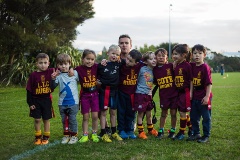