J1 2019 saw us field a team of 27 players and we used every one of them. A big thanks to the players for sticking with the team as the majority only got to play ½ to ¾ games throughout the year, given the squad numbers.

It seems the J1 grade is somewhat dominated by open weight red-sock players and this year was no exception with some one-sided results, both for and against. The two games against Shore and Mahu were our most competitive with teams being fairly even making for a good contest. The team gelled well at training and developed a great bond. This year was about trying to further develop them for rugby at the college level.  We introduced pods, which the players took some getting used to. However, when they used these pods in a game they denied the opposition the ball for periods and scored some scintillating team tries as a result.

We are very proud of this team. The players’ attitude towards training, development and the game itself is commendable. They played for each other and wore the Cote jersey with pride. One thing we can say is that they never gave up. To the year eights who leave us next year for college good luck for the future. Thank you for your outstanding contribution to the junior club and this team.

To the many supporters/parents, who committed rain or shine to support the team THANK YOU! Go the Cote! 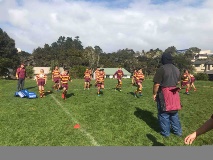 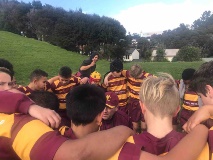