The returning tight 5 in Mason, Morgan, Joel, Luc and Chris were supported by Luke T and Che as utility forwards.

Returning loose forwards Sam, Luke B and Taiaroa added some much-needed experience for around the paddock and clearing rucks.

Our inside backs had new incumbents to the team Noah, Mathew and twins Flynn and Lucas. To round out the backs we had returning backs Eli, Dylan, Finnien (kicker) and Johnny (kicker).

After an early tough loss to Takapuna, the team quickly became aware of what to expect for the season. A few games in we started to find our groove and ultimately, we rounded out the season with an equal balance of wins/losses. The losses often coming down to only a try or two with late momentum in our favour.

The standout performance for the team was an earlier game against Marist in a come from behind victory where the team were defending for the final 5 minutes on their goal line and held on for a memorable win, this was the turning point where mentally the team started to grow some self-belief.

A big thanks to our team Ref – Malcolm Greenwood, assistant coaches Damien Johnston and Gareth Sangster and part-time coaches in Geoff Taylor and Lyle Williams along with all parents who have supported the team and their kids for the year.

Lastly to the players, it has been an absolute pleasure to coach/mentor such amazing people. 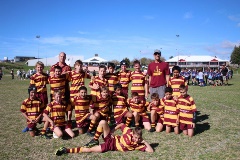 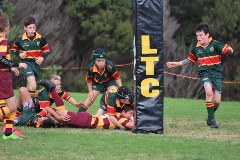 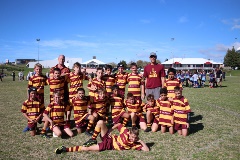 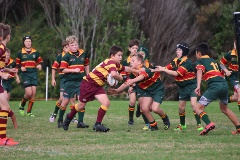 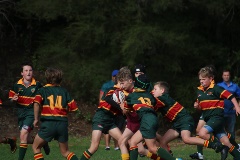 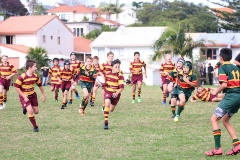 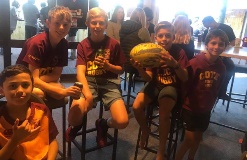