J4 Black have had a magical season of rugby, with every player on the team making significant improvements in their own play and I’m sure in their enjoyment in the game too.

Greg and I took over coaching this team with Fabian and Tyler (our sons) really too light to move with their previous teams into J3.  Therefore, we agreed to coach J4 Black.  The team was exposed early to the running in the bush, at Little Shoal Bay and then the hill sprints at Stafford Park, they hit the season fit and ready to go.

Early season, the team was dominant winning all games.  This pattern really continued throughout the season with much-improved tackling and hard running by everyone.

We did meet our match mid-season losing one game by only two tries.

At the time of writing this report, the team had scored over 800 points for and only had 235 points scored against.

Perhaps the most satisfying aspect of the entire season was seeing some of the less confident young players making significant improvement in their technique and in all aspects of the game.

In the end, it was a genuine team season with all players contributing fully to the culture we were able to produce.

Special thanks to the supportive side-line of parents, grandparents, friends and a particular thank you to Grenville Gregory and Paddy English for the contributions to refereeing.

Kelly Herrick again was an excellent manager.  My sincere thanks to Greg Beehre – your friendship and expertise in getting the best out of rugby players made the whole process very enjoyable. 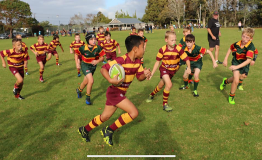 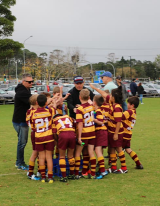 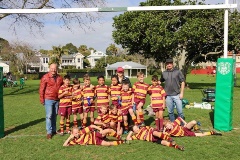