J5 Maroon welcomed two new players into our team, Dakota and Patrick along with our 14 players from the previous year.

2nd Year tackle was met with enthusiasm from our first practice.    It has been rewarding as a coach to watch the boys use the skills, they have been practising each week (bridging, blowing over) to name a couple in their games.   It has also been rewarding watching the boy’s confidence grow throughout the season.   A lot of the tries scored are team tries made by passing the ball throughout the team.    The boys organise themselves and communicate to each other on the field and as a coach, I could not be prouder of what they have achieved this year.    J6 Maroon has played some great rugby this year.

Some highlights in our season were making it into the finals at the J5 Ron Williams tournament and taking an old American style school bus on a team road trip to play at the North Shore Rugby Club.

The boys have formed great bonds and many friendships have been created on and off the field and this has transitioned into an end of year team trip to a tournament in Taupo.

A huge thank you to our supporters, Grandparents and friends of the team who have turned up each week to home and away games cheering us on.

Thank you to our refs Paul and Vaughan and also to the parents who help out at training each week from assisting during training or helping carry the gear to the pit.

We look forward to seeing you back for the 2020 season to continue our rugby journey. 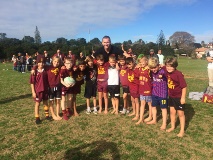 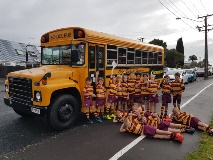 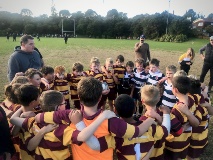