The goal for the 2019 season was to build on the fundamentals that create a strong attacking and defensive team and have a heap of fun while we are at it!

We focused on running hard and straight, with speed, always supporting the player with the ball, never giving up when it comes to defence, and developing the draw and pass technique. With his commitment and experience, Shaan introduced these strategies to the team and it only took a few games before the kids had picked up these skills with devastating effect. J7 Whites ability to get 6 rips and turn the ball over was one of their strongest qualities, along with brilliant support of the player with the ball.

By the end of the season, we have even seen a couple of beautifully choreographed draw and passes that resulted in runaway tries. This team has attacked every game with so much enthusiasm and it has been a privilege to watch them grow and develop. They fully understand the meaning of teamwork and sportsmanship, and it has been great to see their confidence grow week by week. A standout memory for me has been seeing the kids setting themselves out in a defensive line, encouraging each other to “fill the gaps”.

Our parents and supporters have been brilliant, and special thanks to Matt for stepping up to support Baz with refereeing. Amy has been fantastic with the management of the subs and with the help of Les every try and rip has been diligently recorded.

And last but not least a massive thank you to the team, with only a couple of losses they have done themselves and the club proud! Every one of them has listened, learned, put their heart and souls into every game producing some of the most enjoyable rippa rugby you could hope to see. 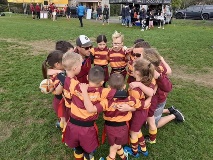 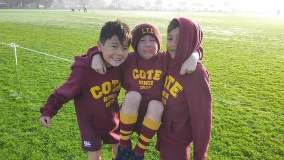 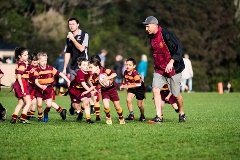 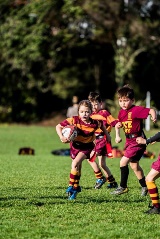 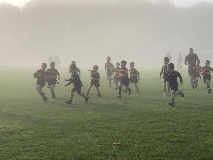 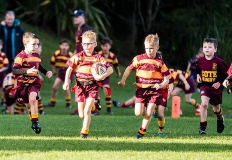