It can be daunting when it comes to starting your first year of rugby, for both kids and parents. There are new faces who are now your teammates and in many cases future friends for life.

There are these weird rugby rules that most of the time make no sense at all. There are skills I have to remember," Its best to hold onto the ball with two hands, its best to run towards the try line (the one behind the opposition), passing is good (but I don’t want to cause I want to score the try) then, there are these Velcro ribbons things that hang from everyone’s shorts and it’s just as entertaining to rip off your own, or your teammates rather than the opposition!!

However, this was not the case for the Cote J8 GOLD Team. They all started the season full of enthusiasm and energy and carried it on throughout the year.

It is a large squad that grew during the season and with every new member that joined along the way the team welcomed them into their new whanau.

I could not have been prouder to get to know such a great bunch of kids, who, after all at that, ended up great rippa rugby players.

See you all next year in J7 GOLD!! 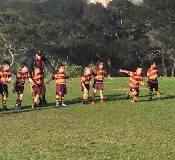 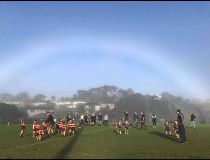