J3 Gold had a really good season in 2021. We came in with a solid core of players from previous years and welcomed Sam and Christian, who played tackle for the first time this year and hit the ground running. The style of rugby we played this season is what we have been coaching for the last few years, and it is great to see it come to life. Gold succeeded at playing flowing, running rugby and were very good at keeping the ball in hand. When it clicked, the ball was well distributed to the backs. We saw much more of a team effort with our wingers regularly scoring tries. This is a sign of a good team and is pleasing to coaches and supporters alike.

We weren’t always on the winning side of the ledger this year; we played some good teams who tested us. But we learned from each game and have some work-ons, including being consistent in our tackling. However, looking forward to fifteen-a-side, we have some good development in certain positions with a good base to build on. The style of rugby played this year is really setting our players up for the fifteen-a-side game that all of our team are hanging out for.

We have had loads of support from families and supporters and have enjoyed a great side-line culture at all games, alongside opposition supporters as well. Our young players thrive in a 100% positive environment and it is great to see this at games.

It was a hard-fought season, albeit a little short, but with many great memories and we can’t wait to be back again next season! 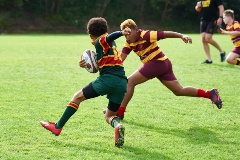 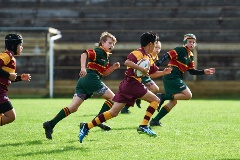 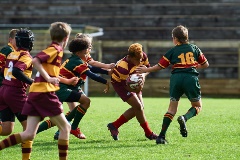 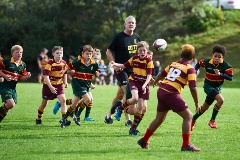 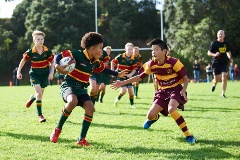