A bit of a changing of the guard this season for the Mighty Nobras. Some off-field issues meant a management change, and then another one. In the end, it was a fitting to have not one, but two Chesney’s, Corey and Bryce, putting their hands up to babysit a bunch of old, broken children. Good clubmen and their love for Cote is virtually unsurpassed. Stunning effort boys.

Numbers were down in the early rounds. Missing a few from previous years… former Cote Prems legend Jerard crossing the ditch, Wardie - old, broken and busy with Cote Prem and Harbour commitments, Adolph moving down the country, and Lucas restricted to cameo appearances due to (correctly) putting his young family first. Speaking of restricted, Geoffro answered a call from the Under 85’s and spent a few weeks reminding himself how unfit he is and gaining a new appreciation for eating breakfast on a Saturday. New Nobra Chris, in his first season of rugby, was outstanding, picking up his first-ever try. Cy and Rugged returned home to the Cote following the demise of the Water Rats. Bullies Knuckles and Jimmy bashed their way around the field, ably supported by midfield back in a front rower’s body, Gorsty, breakdown pest Rob, and the perpetual nuisance Davey, who just keeps getting better. Elder statesman, Houndy is going really well for a man in his 60’s. Patrick had his best season in a Nobras jersey, but still managed a few free pints! Henry and Tim were beasts, highlighted by a finals day midfield combination that almost made us feel sorry for the opposition (almost). Darrin has presumably found a fountain of youth but might want to bathe those hammies in it. Retired Pete… wasn’t, still runs hard… and upright. Alfie was his usual fearless self in attack and defence. We. Were. Awesome.

All games resulting in a hard-fought 4-all draw, and all after matches resulting in good times and a few laughs with friends and family. That’s why we play the game we love for the club we love. 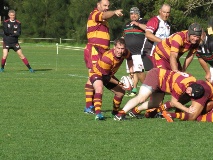 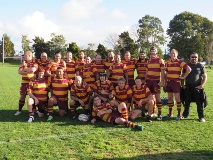 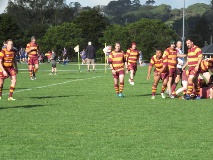 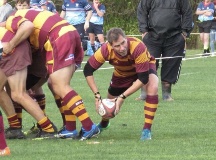