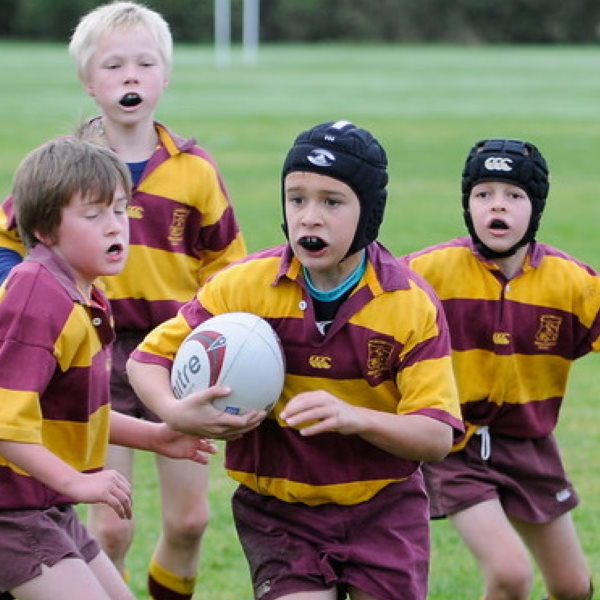 Learning to catch is one of the first skills to learn in rugby. It's a really simple skill but most kids start by using the 'cuddle' catch which needs to be discouraged.

Kids know when they have dropped the ball. It doesn't need pointing out. Learning to catch should be a primary skill the coach should be teaching at the lower grades and checking at every other grade.

Most kids will start by trying to catch the ball on the chest and wrapping their arms around it. We refer to this as the 'cuddle' catch. The technique makes catching very hard and so we want to stop and teach them the correct way right from the start.

For those that have it you can refine their technique by bringing the hands up around the face and forming the 'W' with their fingers.

The next step in catching is to be able to do it while running onto the pass. You can practice this by having the kids line up and, one at a time, run at a good speed to a cone five or so meters ahead. As they come to the cone a pass is thrown at them to catch on the run.

When doing this drill it is important to have a competent passer. They need to be able to pass the ball at the right time and just in front of the runner.

Start with short passes maybe two or three meters and then move to longer and stronger passes of even ten meters to really get the skill of running onto the ball at pace.