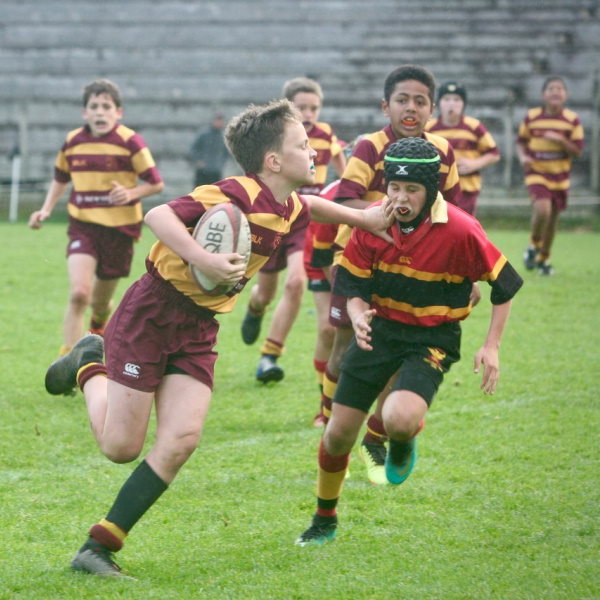 Learning a new skill is brain training. It is not like getting fit where you just keep doing it. Understanding how to teach a new skill and the barriers makes a difference to how long it will take.

A skill is learned after our brain and nervous system has memorised the required co-ordination of firing billions of neurons to make our muscles move to perform that movement. When teaching a new skill, at any age, we need to consider how our brains do that.

Apparently, "It takes 10,000 hours to achieve mastery in a field. But it only takes 20 hours to get good at something, if you practice intelligently."

If the brain is tired it won't learn much. So don't try and train a new skill after performing shuttle sprints up the hill.

The biggest barrier to learning something new is emotional. The feeling of being incompetent, silly or awkward is the first and major barrier to get over. Once this has passed the learning soon accelerates.

To help avoid this consider breaking into smaller groups or do one on one to teach the skill.

They will learn the instructions of the skill much quicker than being able to execute the skill. When teaching, ask them to self evaluate.

"The feet where good but what did we forget? 'I forget to swing my arms'. Yes, excellent!".

The fact that they know what they didn't do right is a very important step in the learning process. Praise them for knowing this. Nobody learns a new skill straight away and failing the skill repeatedly is normal so don't let them get down about it.

Don't keep doing it till they get it right. The brain builds and strengthens these new skills when asked to recall the skill and when you are asleep. Short and repeated regularly is best. You can look to teach the skill for a few minutes then go and do some other practice. Then come back for a few minutes to repeat the skill. Then do the same at the next training.

Any skill is made up of many smaller skills. Those that do complicated skills well are at the point where the smaller skills have become a reaction rather than a thought process.

When catching a ball we talk about arms up, fingers wide, catch with our hands and 'clasp' the ball. When we have mastered it and are on the field we are not running through those thoughts in our head when the ball is passed to us. We are actually watching the ball fly towards us and calculating its arrival time and position based on its speed, our speed, etc. The catching skill has become a reaction. Just like when someone surprises you by throwing a ball at you. You don't think about raising your arm or turning your head. Your body just reacts to protect its self.

We break down the skill into smaller parts. Like throwing the ball in the air and catching it with the hands only. Once this is going well we have them make a loud 'clap' when they catch the ball. The idea is that as when we move onto part two the previous part does not need to be thought about.

It gets boring repeatedly doing the same drill(s) to learn a skill. Look for a variety of ways to teach the skill. Even if the drill itself turns out to be terrible the action of trying to execute the skill will be a learning experience.

Don't be surprised if a player has become the perfect passer at practice but in the game they revert to throwing 'pies'. Performing a new skill in a game is a big step. In a game we have a lot more factors happening compared to the organised practice. Talk it over with the player and encourage them to try the skill just once. They may blow it but let them know you are happy that they tried and encourage it the next game. Once they do it once in a game you will the find the following week they do it twice. Soon it starts to become part of their game.

Start thinking about creating drills that replicate that game scenario so that the players can practice that skill under different conditions. An example would be having defenders rushing up as they try to execute a kick.

Any learnt skill will disappear if it is not used. The All Blacks still practice passing. Keep the skill as part of your training through the season. When a player starts getting a bit lazy in the skill ask them to self evaluate, "Jonny, why did that pass go flying over Fred's head?". If they answer correctly, then this is a good indicator that it was just a moment and by self evaluating they have now reinforced the skill in their brains. If not, they may need your time to run through it again.

They will all learn it in their own time. For some it will be this season, some it may be next season. As long as we give them the opportunity, guidance and encouragement they will get there.