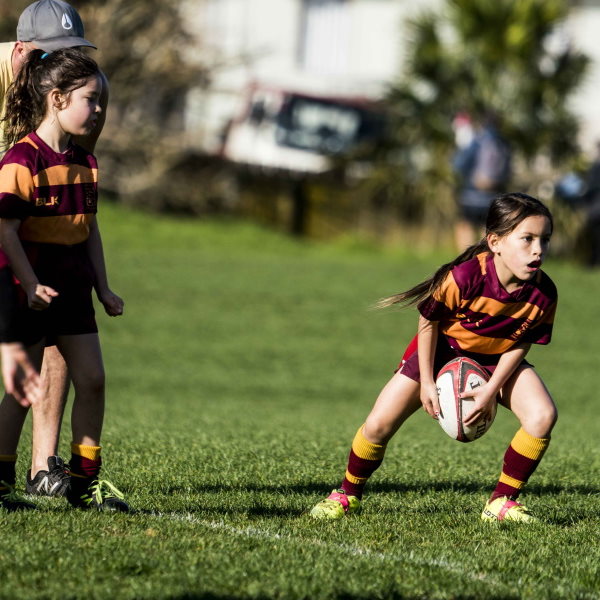 Once a player is comfortable with the standing and passing tecniques they are ready to move onto passing while doing something else.

Rugby requires being able to pass while performing other activities. These are generally running and having people moving in to tackle you.

But before we throw our player into the 'fray' we can look to help them experience what it is they need to do.

This first drill is really simple but highlights an important point. We need to catch the ball first before thinking about passing it.

Simply have the player throw the ball high in the air, wait for it, catch it and make a pass. That time waiting for the ball to fall and concentrating on that first is a good simulator.

One habit a lot of kids get into early is running in the direction they are passing. If they are passing left they turn their bodies to the left and start running sideways to the left as they make the pass. This effectively helps a drift defence and closes out the space for the players on the wings.

To avoid that we can start practising by setting up two points about 15-20 meters apart from which they have to run to and from. Around the centre point, they have to make a pass to a standing receiver.

Another thing we want to avoid is a forward pass. To help stop this set a cone to indicate where the player must run past before throwing the pass. Ensure the receiver is standing back from that point so that the pass is backwards.