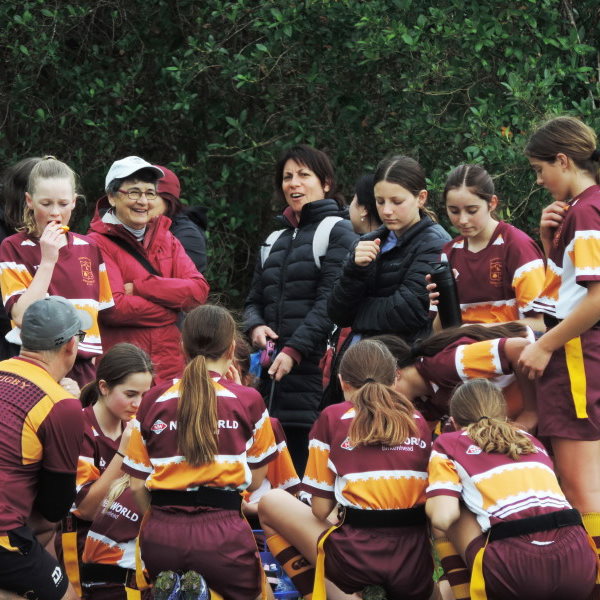 Player of the Day

It's a match-winning game that is required for player-of-the-day. It's about trying, commitment, showing a new skill and generally contributing to the team.

We look to acknowledge every kid in the team with a player of the day award at some point during the season. Yet it is important to present it for valid reasons as opposed to it just being someone's 'turn'. Start by keeping a record of who gets it each week and before the game talk with the person who is picking it about who they should be looking out for and what skills they have been working on recently.

After a few training runs it is usually apparent who could potentially get the award every week due to their skills. So don't rush to give them it in the first few games. Talk with the coach about goals and jobs he may have set kids and watch for kids that try and achieve what the coach is asking.

Here are some ideas/stories on why to give the player of the day.

Looking after your buddies. A kid who thinks of helping a teammate first, or an opposition player. There is nothing more important than that.

A player who doesn't stand out a lot but gets into those rucks and secures the ball or blows out the opposition. An important job and one that gives the backs a chance to run. Player of the day and every back player on that day shook his hand and said thanks mate.

There first tackle. It may have taken half the season but making that first tackle a big deal and acknowledging what that tackle did for the team is a great moment for a kid and a reason to get up and do it again.

Drawing and passing to the open player. They could have run around the last defender but they choose to use the supporting player. This is fantastic ability because as they get older its not so easy to just run around opposition anymore.

Not So Good Reasons

Don't give the award for scoring tries. For being there in support and creating that try-scoring opportunity, yes. But don't highlight the tries themselves. It's important that kids learn the game is a team game. Everyone contributes to tries and we don't want to create narrow-focused and 'greedy' players because they think that is what everyone cares about. A try is and always will be a great moment for the player who scores it so it can be reward enough.