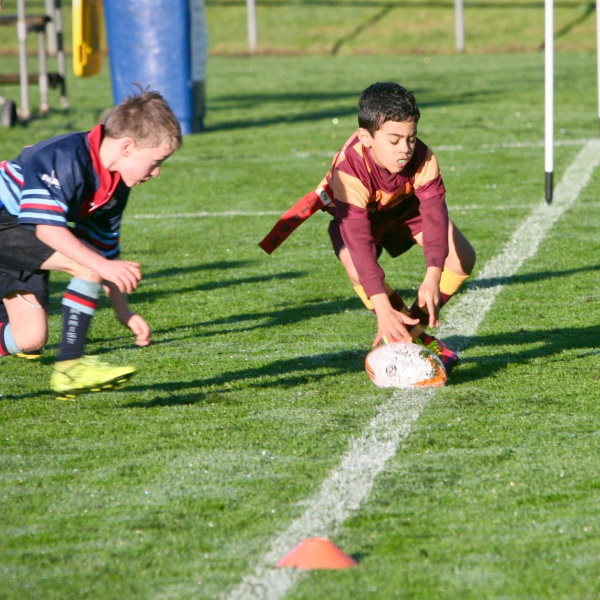 At the young rippa levels there is alot of leaniance for when kids score tries. Nobody wants to take that moment away from a player. But it becomes one of the first rules to be enforced as the grades move up.

Right at the start look to practice and teach how to score a try. It's hard explaining to a kid later on that their try(s) don't count anymore because they are not scoring them correctly yet they are confused because they always counted before.

A good term used is to tell the players to "squash the worm". They need to push the ball into the ground and it shouldn't roll off the mark. Look to incorporate the skill into your drills. A good team race can be to run the ball out 5 meters and score the try on a line. Then run on another 5 meters around a cone and back picking up the ball and scoring it again at the next runner's feet. If the ball bounces or moves they have to go again or are penalised somehow such as with a time penalty.

At practice, the more you can make it part of the drill and training the better. Catch and note any mistakes, 'Dylan, don't forget, squash the worm.' But don't make a big deal about it. They will soon get it and it will become an ingrained skill.

Come game day, if a try is scored but you know it wasn't legit, a quiet reminder that they need to squash that worm but then congratulate them on the effort to get there to score it. Always make the last word a positive one.